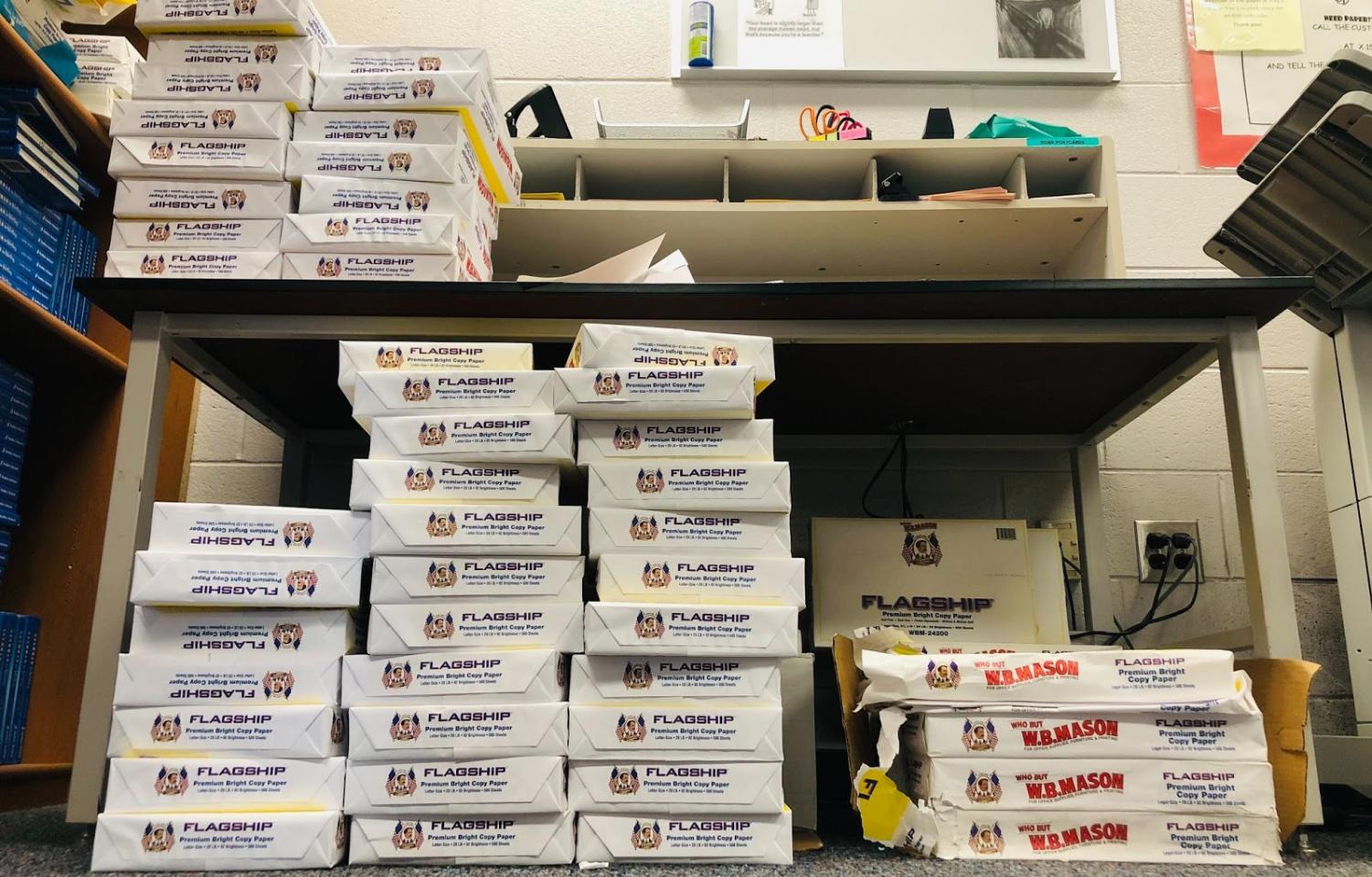 Typically, there would be no left over paper by the end of the school year. This year, there’s a surplus. (Photo by Ben Townsend)

Typically, there would be no left over paper by the end of the school year. This year, there’s a surplus. (Photo by Ben Townsend)

The Future of School is Paperless

During the pandemic, teachers and students had to learn in a digital classroom. For the first time, teachers had to teach without paper, and students barely used any. Before the pandemic, this would have been unimaginable, but today we’ve been going to school on our computers for over a year. If anything good came out of the pandemic, it was this: It forced us to be paperless, thereby sparing the air of pollution and saving thousands of trees.

According to Record Nations, the average U.S. high school uses about 2,000 sheets of paper a day in a regular year.  According to the Sierra Club, one tree, on average, produces around 10,000 sheets of paper. In the past virtual year, Wilde Lake alone saved about 180,000 sheets that saved approximately 18 trees. Now, imagine how much paper was saved in Howard County’s 77 schools just this past year.

However, it’s not just about trees being cut down. According to Environmental Legal, harmful chemicals like carbon dioxide, carbon monoxide, ammonia, nitrogen oxide, and mercury are emitted during paper manufacturing, many of which lead to pollution and climate change.

According to NASA, climate change increases the temperature of the Earth, which causes icebergs to melt, which can lead to floods and destroyed crops. The increase in chemicals like carbon dioxide can cause bleaching in reefs, which often destroys them and leaves animals without homes and food.

In a brick-and-mortar classroom, a lot of paper is wasted. Students barely give their paperwork a second look after completing it. When I used paper in class, I’d end up throwing most of it away. Going fully virtual solved the problem of waste because everything was on our computers. During virtual learning, there was nothing to be thrown away.

Going paperless would also mean using fewer pencils, which are also manufactured similarly to paper and made from trees.

We have been doing this for over a year now; we just have to keep going. We can use technology to our advantage. All we have to do is commit to this idea. We were forced to do paperless learning, and we have adjusted.

The future of education depends on us and our willingness to continue in a largely paperless learning environment. You can be a part of this change by printing less paper next year.