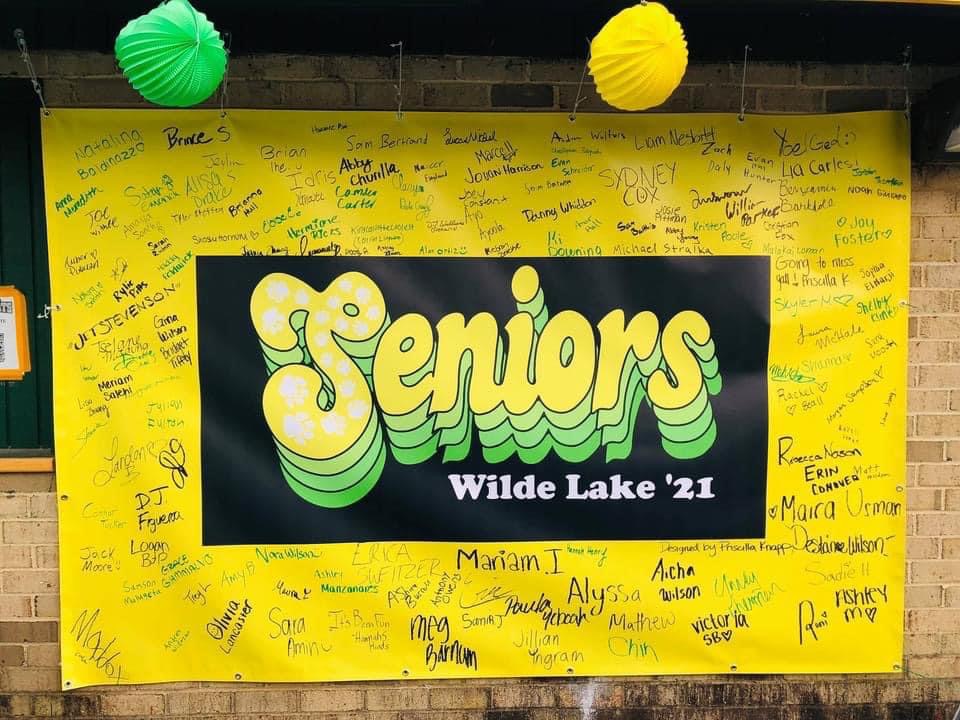 This is the poster signed by just about all of Wilde Lake’s seniors before we finish our final school year together.

This is the poster signed by just about all of Wilde Lake’s seniors before we finish our final school year together.

Just A Thought: On Conclusions

I feel like I am standing on a precipice. I have lived my whole life secure in the knowledge that if I took a step off the edge, there would be a net right there to catch me. Now, as I finish my last few days as a student in the Howard County Public School System, I am both terrified and exhilarated knowing I am about to enter a world where there will be no safety net to catch me.

While I have always looked forward to moving on to college and the world beyond, I cannot help but grow nostalgic as the school year comes to an end. Pictures from years prior of seniors walking into the school, pounding drums and sounding trumpets to announce their own departures. While this year has come to more of a muffled end, rather than a resounding one, the anticipation and excitement is still overwhelming. Here I am, in the same spot as millions who came before me, about to step off into the unknown.

Reaching an end is always weird, but especially right now. I completed the entirety of my final year of public school from my desk at home. I will have sat alone on the last day – no class parties or celebrations, just a click from a mouse on a log off button.

There is something to be said for endings, though. For one, they always mark the start of a new opportunity. While high school is ending, college will be beginning. While I leave behind many memories from the past 18 years, I know I am about to make so many more.

I learned recently that you should always say and, rather than but. For instance, I went through a lot of tough times in the past four years, AND I also became a truer and better version of myself. I lost some friendships, AND I made some new ones. Obviously, I didn’t write as many of these as I had hoped I would, AND that’s okay – life is about setting goals and then altering them as you move forward.

I remembered recently something a teacher told me once in middle school. He said, “I’m only friends with maybe two people I went to high school with. These aren’t the people you’ll be around the rest of your life; there are so many others out there just waiting for you.” At the time, I thought that idea was preposterous. My friends were my favorite people – why would I ever want anyone else? However, as I’ve grown, I’ve realized that it’s okay for people to grow apart.

I have grown to be able to recognize the difference between true friends and circumstantial friends. I can tell which activities I am doing because I want to, and which were making me feel anxious and drained. I know my interests, and am more open to trying new things or understanding others’ points of view. I have changed, AND I’m proud of that. I am content knowing that now, I am ready to move forward.

Let’s keep looking for the ands in life, rather than the buts. Let’s jump off that precipice, and not be afraid of what will be below. As we leave behind the world we’ve always known, the places we’ve been time and time again, let’s be excited to start something new. Conclusions, while sad, also mean that there is so much more in store for you, and I can’t wait to see what lies beyond the safety net.