Five Classic Albums Everyone Should Own 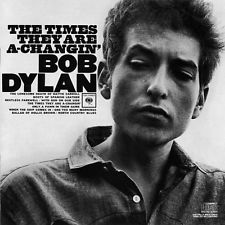 From Bach to Eminem, music is and always will be changing. Many artists have changed the music industry by creating a new sound, raising the public’s awareness, or setting the framework for their genre.

Here are five albums that have changed music and, even today, are worth owning, in no particular order.

The first album on my list is Chuck Berry Is on Top by Chuck Berry. Chuck Berry is one of the most influential rock artists in history. He brought a more electric sound to the developing rock and roll scene. Many of his riffs can be heard being used by newer bands like The Beach Boys, who practically reused the same notes from “Sweet Little Sixteen” in their hit “Surfin’ U.S.A.”. Many bands, like The Beatles and Electric Light Orchestra, have covered “Roll Over Beethoven”, another hit by Berry. This album includes some of his staple tracks such as “Roll Over Beethoven”, “Maybellene”, and “Johnny B. Goode”. It is a must have for anyone who loves music, especially those fond of rock and roll music.

The second album on my list is The Times They Are a-Changin’ by Bob Dylan. Before I heard this album, I wasn’t a huge fan of Bob Dylan. This album changed how I felt about his music. A few of my favorites are “When the Ship Comes In”, “Ballad of Hollis Brown”, and the title track “The Times They Are a-Changin’”. The album is very reminiscent of Johnny Cash and the rhythms he uses in his songs. But the sound isn’t the only reason you want to listen to the album. The themes of the album include racism and discrimination, the poor and poverty, as well as a call for change in society. With the recent healthcare legislation battle and the gay marriage debate, listeners could relate the tracks on the album to the issues of today.

The third album on my list is Ramones Mania by The Ramones. Many agree that The Ramones founded punk music. Using only a couple chords per song and a very upbeat and energetic sounds, they put together a brand new genre. The majority of their songs are written about having fun and partying. Although they are well known and the inspiration of many punk acts, their first album to go gold was the compilation Ramones Mania. It has many, if not all, of the bands greatest hits, like “Blitzkrieg Bop”, “I Wanna Be Sedated”, and “Rock ‘N’ Roll High School”. If you like punk music or energetic and upbeat tunes, Ramones Mania is an excellent addition to your music collection.

The fourth album on my list is Nevermind by Nirvana. Similarly to The Ramones, Nirvana brought the grunge sound to the world. The use of highly distorted electric guitar and sometimes the use of raspy vocals was invented in Seattle and spread from the west coast to the east coast, with Nirvana as the head of the genre. Grunge is similar to a mix of rock and roll, punk, and a touch of metal. With the genre came a new social group of grunge lovers who often wore ripped jeans and outdoorsy plaid and flannel shirts. New rock and altern rock music adapted some of the sound from grunge. New rock now can include more distortion of guitar and the angrier or raspy lead vocals. Nirvana’s Nevermind became number one on the Billboard 200 chart in the very early nineties. The tracklist includes hits such as “Smells Like Teen Spirit”, “Come As You Are”, and “Lithium”. Nevermind is one of Nirvana’s best albums and is a solid album for anybody’s music library.

The final album on my list is Licensed to Ill by The Beastie Boys. The album was the first rap LP to reach number one on the Billboard albums chart. This album helped bring popularity to the rap music genre. The Beastie Boys mix rock sound with the lyricism of rap music. They characteristically rhymed, used a turntable and samples from other songs, and repeated the drum beat. They use a similar style of rap to Eminem in which the meter of the lyrics are not always in rhythm with the beat. Some of their most famous songs are a part of the album. The album includes “No Sleep Till Brooklyn”, “Brass Monkey”, and “Fight For Your Right”. The Beastie Boys are an excellent starting point in any rap library. Their mix of some rock and the rap sound make them and Licensed to Ill my final pick.

From punk to grunge to rap, music has evolved over many centuries and even in the recent decades. This is a list of classic artists and albums from many different genres. If you’re looking for a new sound to add to your music collection or are just curious about who has influenced our music today, these are five fantastic albums you should own.