Is the SAT Still Relevant? 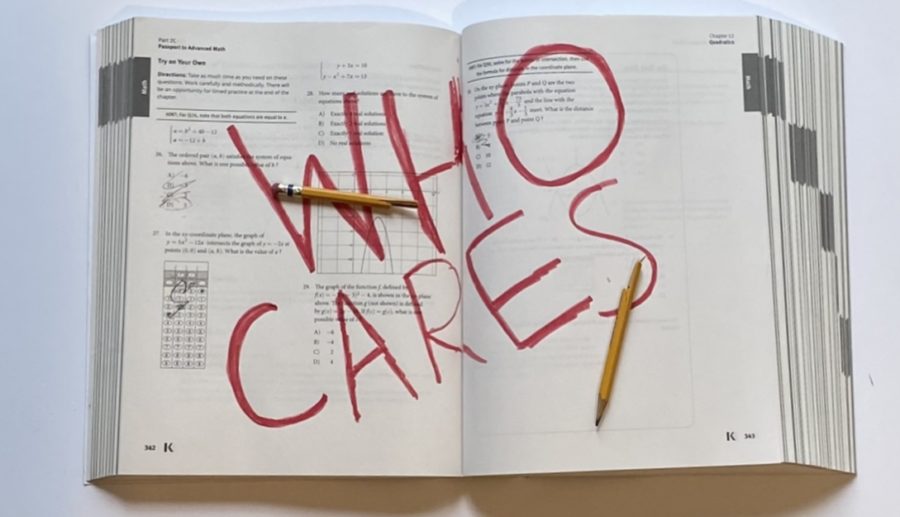 By 2024, the paper SAT booklet will be a thing of the past as College Board moves into digital tests.

When PSAT (Preliminary Scholastic Aptitude Test) scores were released, my classmates and I compared our scores. As they shared their scores, I anxiously waited for mine to load. When I finally shared my score, my classmate’s response was, “Really? I always thought you were so smart.”

According to the College Board, the company that owns the Scholastic Aptitude Test (SAT), the purpose of the SAT is to “measure a high school student’s readiness for college.” The company was founded at the beginning of the 20th century to formalize a college admissions process. In 1926, they introduced the SAT. Almost a hundred years later, students and colleges are split on the relevancy of the test.

The SAT covers two subjects, English — reading and writing — and math and an optional essay. In total, it’s 180 minutes of testing time and 154 multiple-choice questions. Students are herded into a school bright and early on a weekend morning, many still in their pajamas. They walk out like zombies by the end of the test, blinded by the sunlight after three grueling hours of testing.

In January, the College Board announced changes to the SAT to be fully integrated by 2024. The changes include making the test shorter and digital, allowing calculators on the entire math section, and a quicker turnaround time for getting scores.

But the price will remain the same. Each SAT costs $55, and it’s common to retake the test if you’re unhappy with your score. College Board recommends taking the test “at least twice,” running students’ testing bills up to $110, not including the cost of test books, classes, practice tests, and time.

College Board is a nonprofit company that monopolizes standardized testing worldwide. According to the Federal Audit Clearinghouse, in 2019, they raked in $58 million in profit of their $1.1 billion in revenue.

However, test anxiety still looms over many test-takers despite hours of preparation. Junior Kaia Roberson took the SAT for the first time in December and said she felt the effect of test anxiety as soon as she opened the test booklet. “I could study for a month, but as soon as I start the test, I forget everything,” she said. “I’ve always excelled at math, but my SAT score doesn’t reflect that at all.”

Some schools are adopting more progressive policies for accepting test scores, a direct response to COVID’s impact on scheduling and availability. For fall 2022 admissions, over 1,800 four-year colleges adopted “test-optional” policies, according to The National Center for Fair and Open Testing. “Test-optional” means the absence of an SAT or ACT (American College Testing) score won’t be considered in admitting a student.

The SAT and ACT serve as a consistent measure of student performance as opposed to GPA. One student with a 4.0 could be in all on-grade level classes, whereas another 4.0 student could be in five APs. Standardized tests give admissions a benchmark piece of information to compare applicants.

But what the scores will never reflect is a student’s individuality. Student A may have scored 1000 but had less time to study because they take care of their younger siblings every day. Student B may have got 1550 after months-long prep classes that cost hundreds of dollars. In the long term, Student A is learning life skills such as taking care of children, cleaning, cooking, and responsibility, whereas Student B will never pick up their SAT prep book again.

Which of these points would the author of this passage most likely agree?

A. Every college should be test-optional.

D. All of the above.