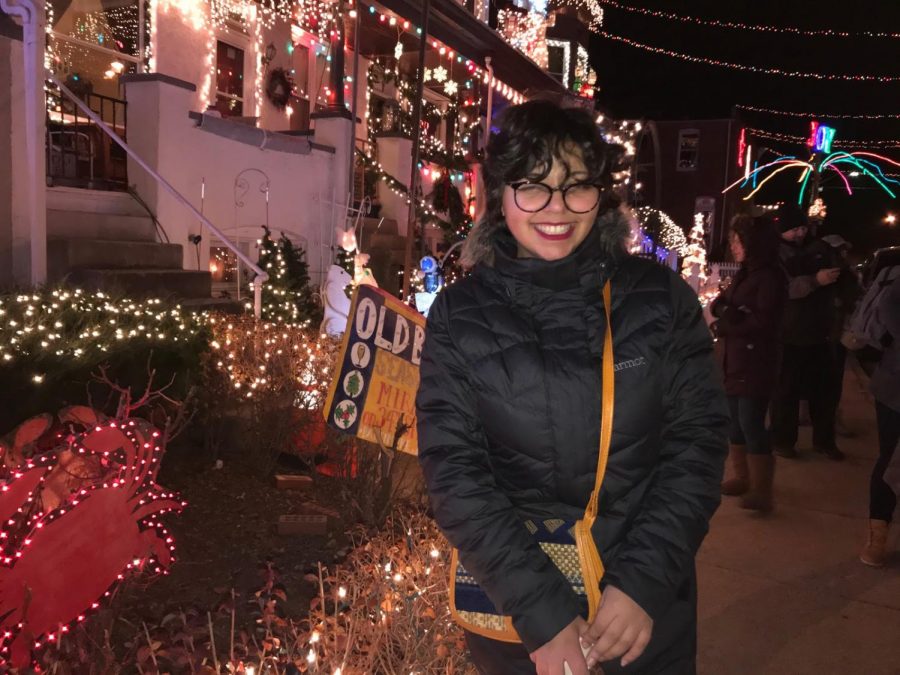 Ranim in Baltimore on 34th street for the Christmas lights, December 2019

When Ranim Yaakboui got her acceptance letter for the Youth Exchange and Study (YES) program she was ecstatic, eager to begin her schooling in the states. After a few months of living in America, the surge of coronavirus ended her year prematurely and she was forced to return home.

In 2019, Ranim was accepted into the YES program, an organization that provides scholarships and educational opportunities for foreign students. ”I was excited, but nervous to go to an entirely new country without anyone with me,” she said. The program sent her to Columbia, Maryland, and enrolled her as a senior at Wilde Lake.

Ranim was born and raised in Kef, Tunisia, a small suburb over two hours outside of the capital city Tunis. Tunisia is a country in North Africa, bordering the Mediterranean sea.

When Ranim first arrived in America, she had to take time to adjust because it was all new. She was quickly immersed in the American lifestyle and life started moving very fast. The summer before the school year was spent sightseeing and acclimating to a new country.

September finally arrived and the school year began. Ranim was nervous, having to learn in English and be able to communicate easily with everyone proved daunting. These fears soon subsided, as it took her no time to begin thriving and learning.

Another difference between Tunisian and American schools is the scheduling of classes. In America, students pick their classes, whereas, in Tunisia, students will choose a subject to major in for all of high school. Ranim is a mathematics major. “I don’t think I prefer one or the other, they are both good in their own way,” she said. She acknowledges that each country has its strengths and weaknesses, but neither is better than the other.

Ranim reflected on the hardships of adapting to a foreign country alone, what she referred to as one of the hardest parts about being an exchange student. At times of her year here, she was very homesick, having had left the comfort of her home. “I missed my family, friends, and even the food,” Ranim said. Even though she would call her family as much as possible, time zones and busy schedules made for added stress about staying in touch.

It didn’t take much time for Ranim to flourish socially and make friends– something she was anxious about before school started. Her involvement in extracurricular activities enabled this.

In January, the program transferred Ranim to Maine. She was sad to leave her friends and host family behind, but eager to experience life in a different state.

While in Maine, COVID-19 cases surged and schools began shutting down. Eventually, the YES program decided to send all foreign students back to their home countries,  while American students were preparing for the transition to online school. Schools closing in March made her miss prom, sports games, and more. Although Ranim was sad she’d miss so many sacred American highschool traditions, she was happy to go home and see her family.

Once back home, she had to do a mandatory two-week quarantine before being reunited with her family and friends. After two weeks, she was finally free to go home. “It took some time but I’m back to normal now,” she said. “I miss America, but I’m so happy to be back with my family, friends, and the food!”