Mr. Fish Dives Into the Lake 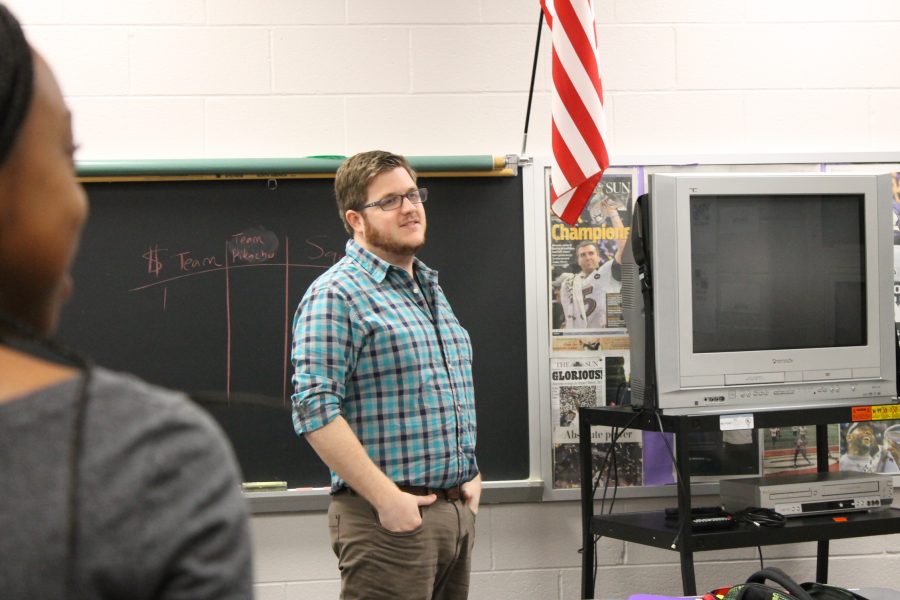 New to the school, his students call him Mr. Fish. He even has a blue fish sign outside his classroom door.

“I like introducing a topic and then letting the students brainstorm the answers themselves, while guiding them in the right direction,” said Mr. Fischetti. “I want them to learn how to think on their own. Students better understand content when they have to figure it out themselves.”

Mr. Fischetti has a holistic perspective on teaching. “In the real world, you need to be able to come up with your own conclusions. You get nothing from having other people think for you.”

After dipping his toe in the water, Mr. Fischetti is excited about his becoming a member of the Wilde Lake staff.

“I’m ready to dive into the Lake,” said Mr. Fischetti.