As Senioritis Kicks In, Seniors Reflect On Life Lessons Learned in High School 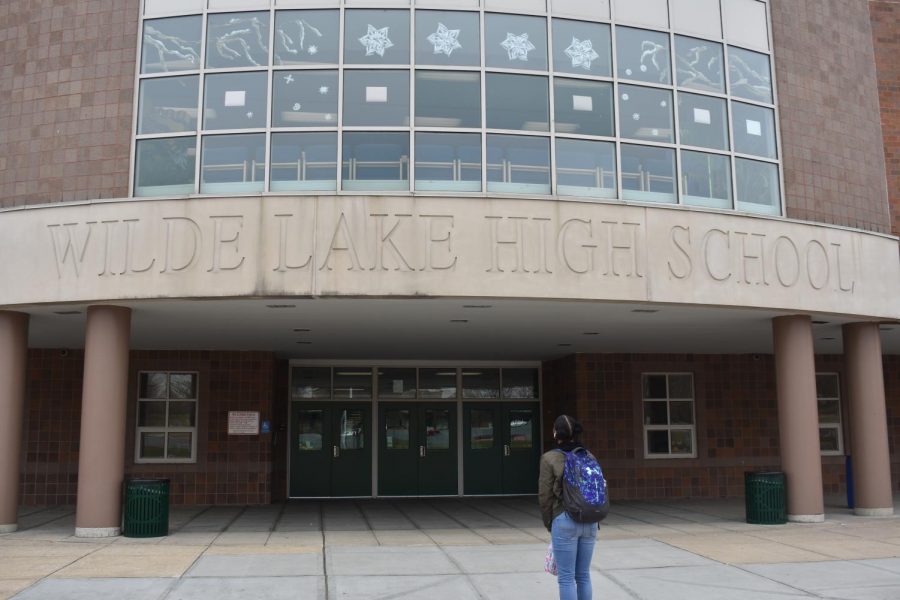 Senior Neveah Nelson entering the building as she prepares to start her school day.

With three more months to go, the senior Class of 2020 can’t wait until they walk across the Merriweather stage in their caps and gowns. In the meantime, struck by senioritis, many are taking the opportunity to reflect on the impact of high school.

Senioritis is believed to be a stigma placed on a senior class that highlights their lack of motivation and drive to perform to their highest level. “I can definitely tell you that the drive to want to do anything productive in school goes down tremendously once college stuff is done,”says Senior Alex Choinere.

Senior Valeria Caceres also believes senioritis affects seniors more and more throughout the year. “You’ll find that as time progresses and we get closer and closer to May, skipping classes and/or not showing up to school at all becomes more common,” she says. “A lot of us have realized that we’ve come to the end of the road with high school and are just anxiously waiting for college to start,” she says.

“I think one of the best things high school could’ve done for me was prepare me to be independent and responsible,” says Choinere who plans on attending University of Maryland in the fall. “It can get very overwhelming at times. I came into my senior year thinking it was going to be a breeze, but in reality it was hard in the Fall when I had to balance college applications with school work and on top of that I auditioned to get into the music program at UMD, so that took a lot of preparation and time on it’s own. If it’s one thing all of this has taught me to do is manage my time better and prioritize.”

Despite the overwhelming college process, alongside the work still needed to be done in school, Laiba Siddiqui takes the time to appreciate the evolution she’s made.“If high school has taught me one thing it is that grades can only take you so far. The experiences you go through and the people you grow up with ultimately develop your story and who you’re going to be in life,” she says.

Her final message to all current and incoming high schoolers is, “with enough perseverance and effort you can do anything regardless of what the number on your GPA may define you as. You are not just a number, you are anything, you make yourself out to be, you are your own definition.”

Now these students are finding themselves preparing for future senior events, one of the biggest being prom and senior week. “Things like senior pictures, senior shirts, prom, and senior week aren’t cheap so it’s important that work becomes one of my top priorities right now. But at the end of the day it’s all worth it. These small things turn into memories we’ll get to cherish for the rest of our lives,”says Caceres, who is spending the majority of her year on work release.

When it comes to life after high school, Caceres, Choinere, and Siddiqui all share a heightened anticipation. “I’m most excited for senior week but above all I’m just excited to get out of here and just graduate, go on to college, and meet new people,” Siddiqui says. Choinere also adds, “Aside from senior week and graduation, I’m excited to be on my own and learn stuff I’m actually interested in when it comes to my double major in biology and music performance.”

As Class of 2020 is preparing themselves to walk out the door for the very last time, teachers are recalling the significant impact the senior class has left on them. English teacher Mr. Blount, who started his education career with the seniors back when they were freshman, says, “I feel like I’ve grown with them over the last four years. They taught me a lot about how to be an educator. To sum it up seeing them grow into mature individuals has given me hope and faith in the education system that I’ve never had before. They will sincerely be missed.”