Step Program Allows “The Blounts” To Express Themselves 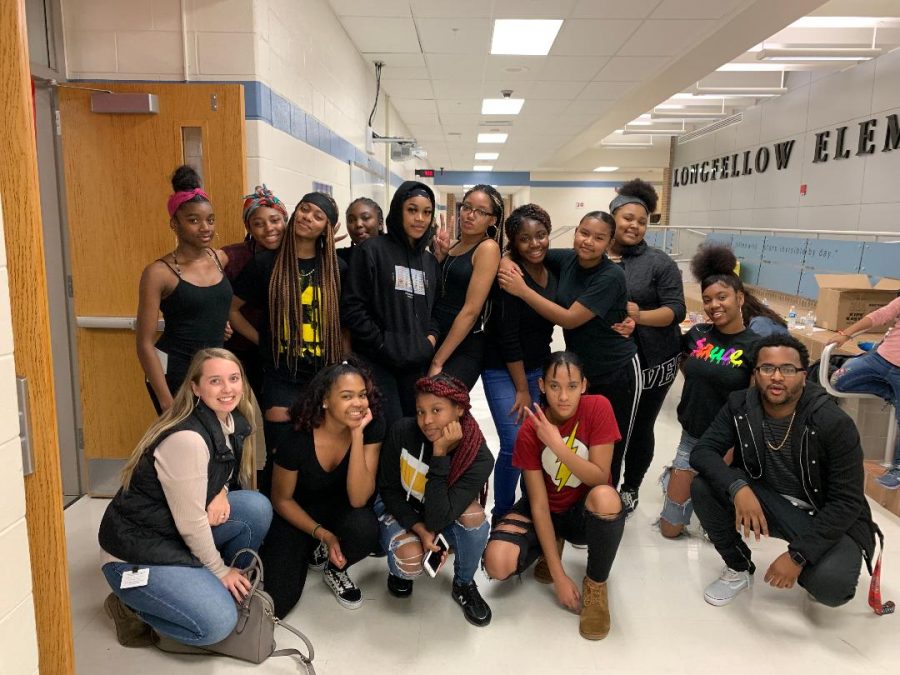 The Step Team is pictured after their performance at Long Fellow elementary school for their culture day.

Dating back to African slave dances and movement patterns obtained through popular R&B songs, step is more than just “stomping your feet”. Here at Wilde Lake, Step gives students an opportunity to use their body as an instrument to produce music, rhythms, and sounds.

The Wilde Lake Step Program was founded three years ago by paraeducator Mr. Blount. “The whole basis behind starting the step team was allowing students to be themselves,” Mr. Blount says.  “I believe that school generally slowly strips away expression, youthful energy, and above all, individuality. Step grants students the space to not lose themselves as they encounter the struggles of adolescence.”

The team participates in various events throughout Howard County including performing at job fairs, cultural showcases, elementary schools, talent showcases, and pep rallies. The structure of the program is broken down into two groups: Green and Gold with a single captain. The captain works with certain members to create and teach steps. The captain also represents the team in any official business. The program is hoping to expand to include a “Master of Arms” who will be in charge of leading stretches, drills, and other workouts.

For many students, the relationships built in step surpass what is found on an ordinary team or extracurricular.  Sophomore Tatianna Nelson, who joined step this year, has found her place on the team as she feels the program has welcomed her wonderfully into their big family.

“Our step family is beautifully dysfunctional,” says Mr. Blount. “There are so many colorful personalities that are constantly at war with each other. But they find a way to meld into something special when the time comes.”

The family-like environment has also given students the tools and drive to work through issues both in and out of school. Sophomore Valeria Garcia says “Step has given me the motivation to persevere through my challenges and overcome them.” Members of the team will jokingly refer to themselves as “the Blounts,” a reference to the father figure that advisor Mr. Blount provides to them.

Despite the clashing personalities within the program, they all come together to celebrate the fact that students from all grades, backgrounds, and experience levels work as a group to make the team possible.  “Step just fits me,” said sophomore Alexis Anderson, who joined the step team without any prior experience. Now in her second year, Anderson is considered a “veteran” and says that, “step is a very good extracurricular activity for me.”

As Mr. Blount welcomes new members of the team after the January 14 and 15 tryouts, he wants the current, new, and aspiring members to know one of his most important messages. “All I want from the members of step is to learn that it is okay to be themselves and that they should always strive to be the best version of themselves. We often try to change or restrict people, and I want them to fight against that.”