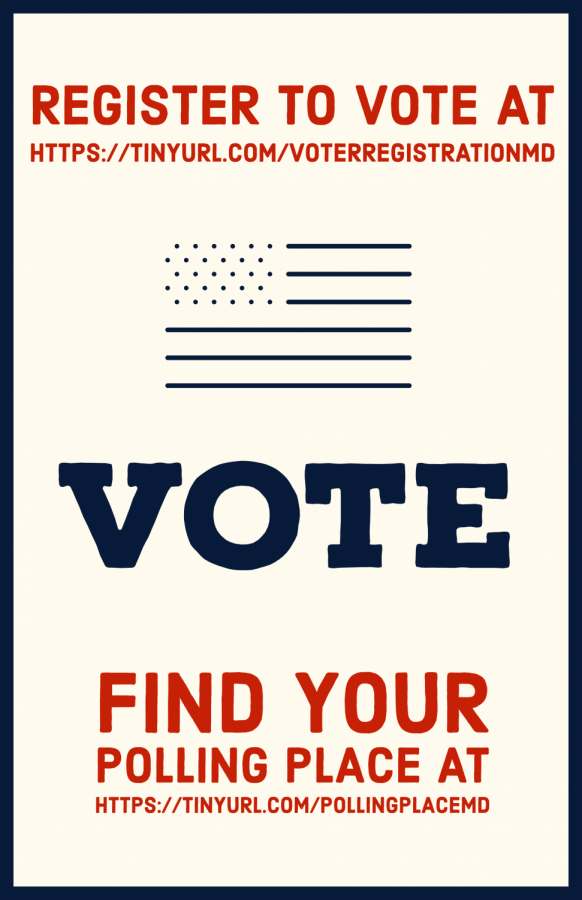 The concept of voting brings many different images to mind, from the pillars of democracy to memories of struggling for the right to vote, to a feeling of apathy or discouragement, as though a single vote couldn’t matter.

Young people have traditionally voted at a much lower rate than other age groups, according to the US Census Bureau. In 2018, little more than a third of eligible voters aged 18-24 cast a ballot, while more than two-thirds of those aged over 65 did. There have been various attempts to increase voter turnout among young people, and at Wilde Lake, many students express excitement towards voting.

Senior Kheira Tuck registered to vote through the Motor Voter Act, which was designed to make the voter registration process simpler. Unlike other members of her family, she intends to vote, because, “A lot of people complain about certain things and how they are, but you can’t really complain about it if you don’t put in the effort to vote and change it.”

In Tuck’s opinion, there is a lack of education about election issues, and young people are often left feeling as though there aren’t major issues worth their time to vote about. Although she won’t be old enough to vote in state and local elections, she believes these are also important.
“I can see people’s reasons for not voting,” Tuck says, “But if you’re doing nothing you’re part of the problem.”
Young people are the latest group to have been afforded the right to vote. During the Vietnam War, when 18-year-olds were drafted for the military, the slogan “old enough to fight, old enough to vote” became popularized and ultimately changed the Constitution in 1971. Shawna James, a Wilde Lake junior, recalls the stories her grandmother used to tell, detailing how she wasn’t allowed to vote until 1964, and the struggles and persecution she faced with that struggle . “We have the freedom to choose,” said James. “We have the opportunity to vote on the president, Congress, and who controls the state. Those who came before us didn’t have that right.”

According to Youth Service America, young people don’t vote for a variety of reasons, from lack of education on voting issues to feeling as though their vote doesn’t matter to simply being “too busy” to cast a ballot. “Voting is simple but crucial,” says Vivianna Smart, a Wilde Lake senior. “It takes almost no time, but it determines the kind of future we’ll be living in.”

On February 4th there will be a special primary election to select party nominees if you live in the 7th Congressional District. You can find your Congressional District at https://www.govtrack.us/congress/members/map. On April 28th there will be a special general election for this seat as well as the primary for federal and local elections, including the Presidential election. Finally, on November 3rd, the Presidential election will be held.