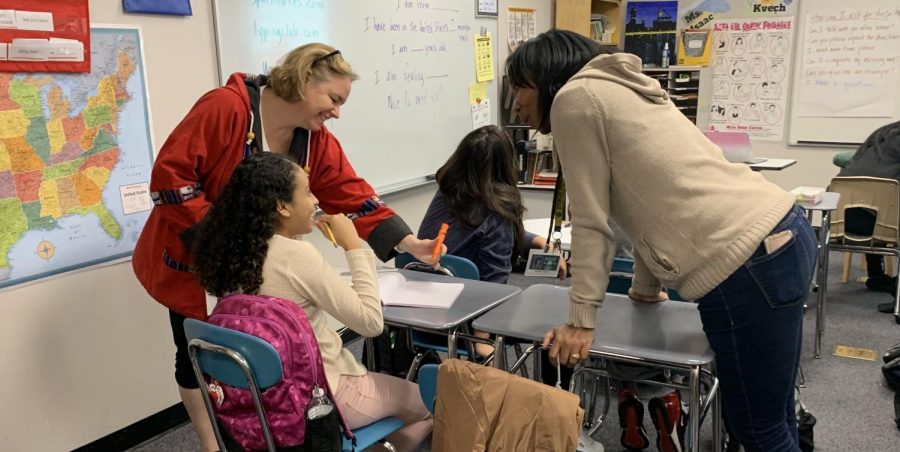 “I want to be a doctor,” says a student in an English Speakers of Other Languages (ESOL) class. “I want to be a lawyer,” adds another. These are just some of the ambitions that Latino students at Wilde Lake hope to achieve in the United States. However, President Trump’s administration has left them questioning Latin Americans’ place in America.

In April of 2018, President Trump introduced the Zero-Tolerance policy, which criminally prosecuted immigrant adults and children who were illegally entering the U.S. Many children were left in detention centers at the border, separated from their parents. Pictures of these children secluded and caged were taken and quickly shared on social media platforms, such as Instagram and Twitter.

After much public pressure, President Trump reversed the policy in June of 2018. However, hundreds of children still remained parentless and without proper supervision. The parents were arrested or deported, while their children remained in detention centers.

Aware of the mistreatment Latin Americans face in the country, Wilde Lake freshman Jessy Vigil openly expresses her discomfort: “It’s not fair that they get treated differently when all they’re doing is trying to create a better life for their families,”  Vigil said. “They shouldn’t be locked up in cages like animals.”

An ESOL student of Honduran descent, who plans on becoming a lawyer to help other immigrants in the future, was forced to wait twelve months before getting approval to live in America. “The attorney that my family had coming to The States wasn’t much help. Because of this, I want to see more civil rights lawyers in America take on more cases of illegal immigrants,” they said. “It will demonstrate their support and show their disapproval of the mistreatment of immigrants who aren’t being properly represented.”

In light of the mistreatment various Latinos receive due to illegal immigration, Spanish Teacher Señora Mendez provides some wise words of wisdom. “I believe we need to do better when it comes to making the Hispanic students here feel included,” she said. “It’s hard for them when other students do not sit with them in the cafeteria or engage in basic conversations because they have their own cliques.”

In order to understand what Latinos in America are going through, Señora Mendez finds it essential to be open and friendly, as it will emphasize Americans’ values of diversity and acceptance. When asked about how they feel as a student at the diverse and welcoming environment at Wilde Lake, an ESOL student says “I feel very accepted here. I feel like this diverse environment will really help me reach my goals here in America.”