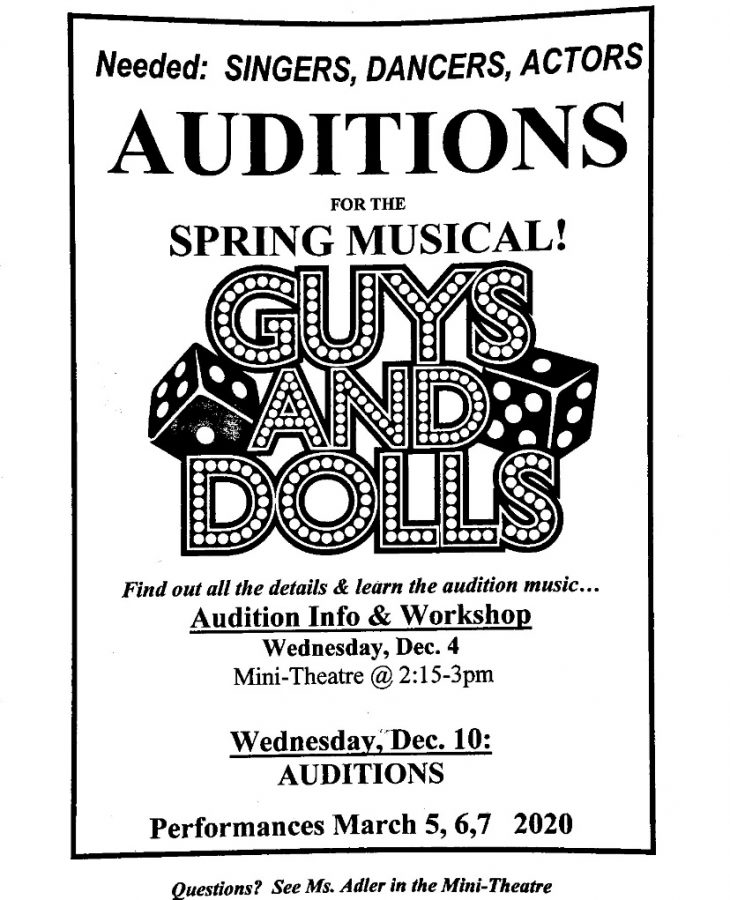 For anyone who loves to sing, dance, or act, Wilde Lake’s theatre department is holding auditions for the spring musical, Guys and Dolls, on Tuesday, December 10th.

Guys and Dolls is a classic musical comedy, involving overlapping love stories, gambling, and plenty of singing and dancing. Set in the middle of Times Square, New York, the show calls for a huge ensemble of gamblers, dancers, and New York City pedestrians with plenty of roles for both girls and boys.

Auditions will begin after school on December 10th and callbacks will be held the following day. Students interested in auditioning must learn a cut of music from the show, which can be found in the audition information packet. For more information, packets can be picked up in the mini-theatre from Mrs. Adler.