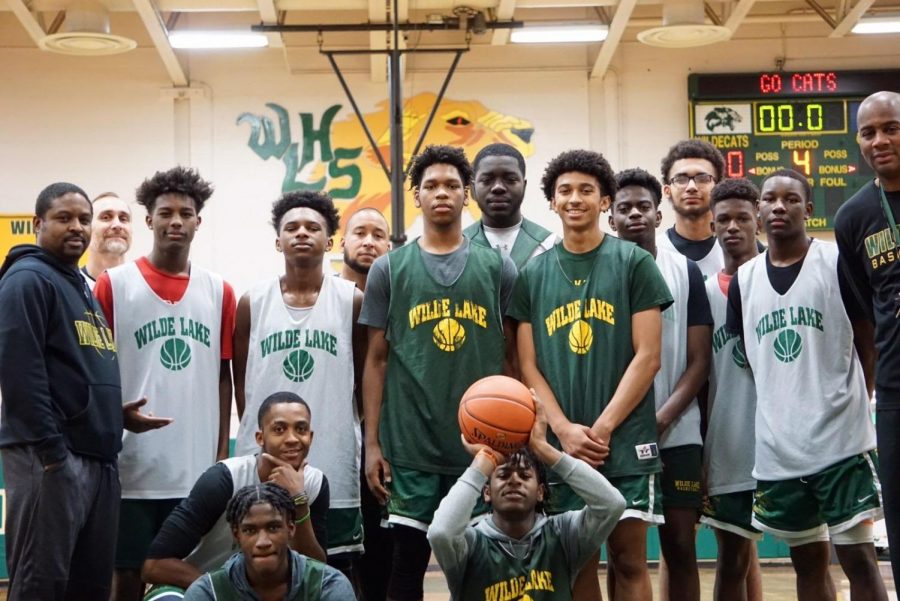 The boys are pictured after their final day of tryouts.

This year, as a new highly anticipated Basketball season arrives, the Wilde Lake Boys Varsity team looks to regain their spot as a dominant force in the county.

The hard work and motivation the players put in off- season has contributed to their connection on the court. Senior Marcus Mitchell, who plays both shooting and point guard, says “It shows that when we play together as one unit, we have the ability to blow teams out and have fun at the same time”.

The team’s first in-county game takes place next Wednesday against Glenelg at 5:30. With the ball rolling on the season, many of the new varsity players look forward to competing at the big level. ” I have high hopes for the team this season,” says Junior Amir Macktoon, “with the new players we can go a long way, even further than we did last year”. Junior Joey Constant also looks forward to “the large crowds and the energy packed inside the stands”.