Baseball Has Strong Playoff Run, Loses to La Plata in Fourth Round 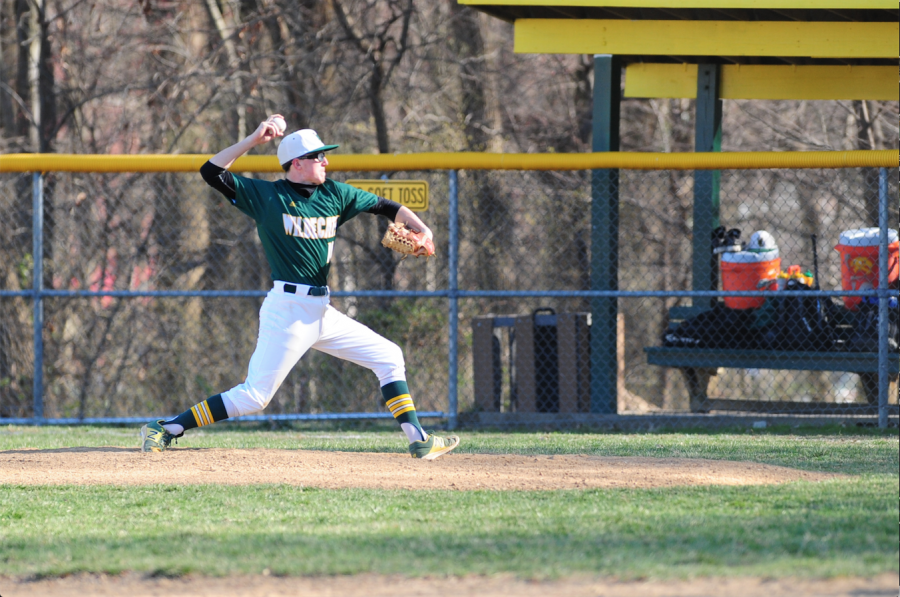 This year, the Wilde Lake varsity baseball team, under its new coach Mr.Frederick, went 5-16, their best record in the past four years. The team credits their chemistry and Coach Frederick for this turn-around.

“This year was definitely different from my previous seasons because the team felt more organized,” says senior Eli Fisher, who has played for the baseball program since his freshman year. “As a team, we understood the main goal and the amount of work needed to achieve our goal of creating a foundation and success for Wilde Lake baseball.”

One of the team’s proudest moments included their 4-3 win over Glenelg, the program’s first win over their opponent in the last five years. “We played very well that game and even though there were highs and lows, we pulled through and worked very hard as a team together,” says junior third baseman, Kharrington Walker.

Fisher and Walker both praise the high end coaching they’ve received at the hands of Coach Frederick. “Our coach is by far one of the greatest coaches I have ever had. He keeps us focused and makes us work hard both in school and on the field,” says Walker.

Coach Frederick originally approached the team with high expectations, “my number one goal was to put Wilde Lake Baseball back on the map. I wanted us to be a consistent program that other schools had to take seriously.”

Though the team originally got off to a rocky start with a six game losing streak to start the season, that all changed on March 3rd when the team tied with River Hill, at a score of 9-9, and went on to catch their first season win against Glenelg two days later.

Fisher proudly acknowledges the improvement in the team’s chemistry that contributed to a strong playoff run. “At first our team chemistry lacked. The team was out of touch. In school, teammates didn’t interact and the locker room was quiet. However, as we moved further into the season and understood we shared a moral ground when it came to teamwork, we began to bond.”

River Hill varsity baseball coach, Coach Eckert, respectfully congratulates the Wilde Lake baseball program for their winning streak while commenting on his team’s playoff game against the Cats, “They definitely played better that day and they deserved to win.”

In light of next season, Coach Frederick hopes his younger players step up to base after losing 7 of their seniors, 5 of whom were starters and team captains. “I hope to continue building towards being a consistent program that others schools have to take seriously.”