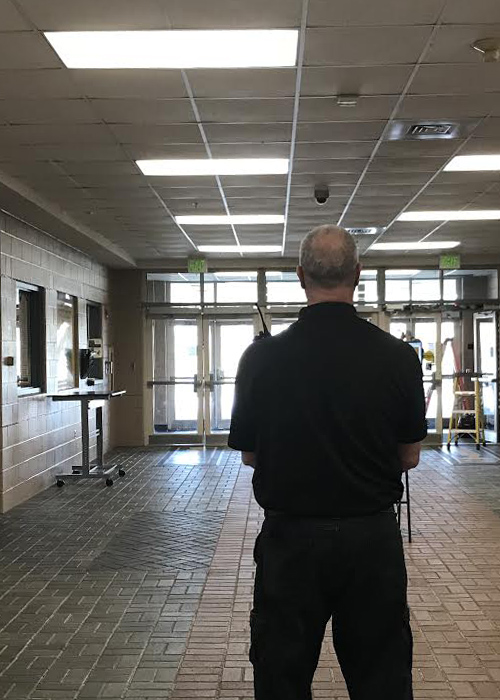 Across the county, schools have tightened up on lockdown procedures, a response to a growing concern for gun violence across the nation.

According to “The LA Times,” a gun has been fired on school grounds almost once a week since the events of Sandy Hook. In October of this year alone, gun violence and mass shootings have caused 86 deaths. This has been a cause for concern for many parents and students who are worried about their safety.

One such concern according to senior Ethan Lee is that “Wilde Lake has a lot of doors on all sides of the school.”

Managing the entry and exit of students, staff, and community members is one problem that administration continually monitors, said assistant principal Mr. Crouse.

Mr. Crouse wants people to know that the Howard County lockdown procedures have changed as a response to these growing concerns.

According to Mr. Crouse, the main change is that lockdown procedures have been redesigned to protect students against an active shooter. “The biggest change is that the police are going to get into the building ASAP to try to confront or find the shooter as soon as possible,” said Mr. Crouse.

According to Mr. Crouse, during the school day, most doors around the school are locked, with the exception of the two front doors, which are monitored by the front office staff. All visitors who enter through these doors must check in with the front office. This is to limit the number of outsiders and potential threats entering the building.

In addition, all Wilde Lake staff have gone through emergency procedures training, and Howard County schools are required to hold 16 emergency drills each school year to makes sure everyone involved in well prepared in case of an emergency.

Still, Mr. Crouse says that a large responsibility should fall on staff and students. “We should keep our eyes and ears open and report any suspicious activity to an administrator,” he said.