The Paw Print • May 8, 2017 • https://wlhspawprint.com/2604/arts/band-conductor-mr-dutrow-wins-outstanding-music-educator-award/ 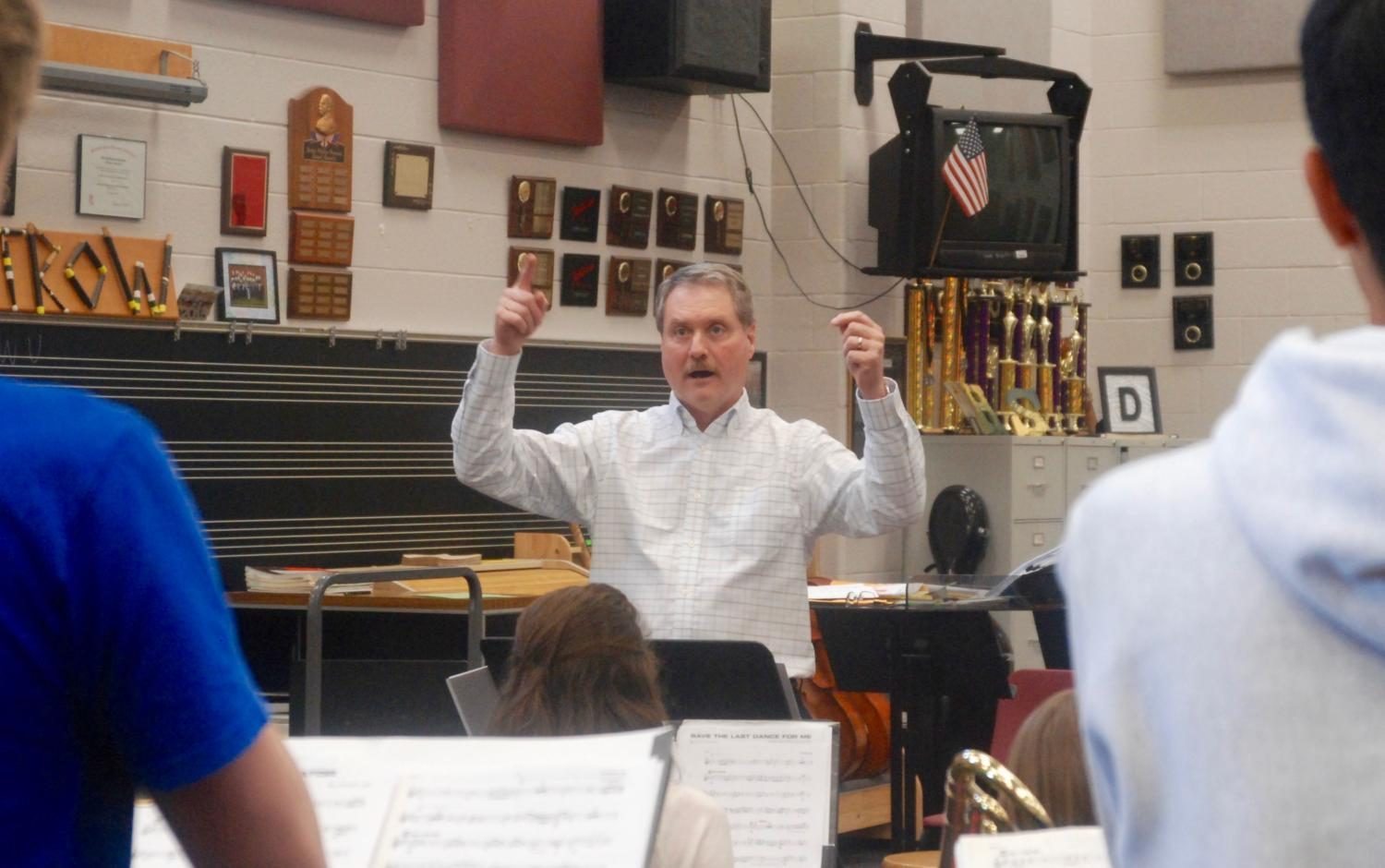 Coming back from Myrtle Beach, holding multiple awards from the Legends In Concert Championship, the student on the buses erupted into cheers when they pulled up to see a sign stating Mr. Dutrow had been awarded the Outstanding Music Educator Award by the Maryland Music Educators Association.

Mr. Dutrow has been conducting for Wilde Lake’s band for 37 years, and students have had very memorable moments with him, from winning the Grand Championship with only four performers in Myrtle Beach to playing along with the one of the biggest Latin American clarinetist, Paquito D’Rivera.

For Isabela Rey, a junior, her best moments span on a bigger timeline. “From 8th grade when he was persuading kids to join the band to now when he was awarded with the Outstanding Music Educator Award, he has always enforced the concept of the band being a family.”

Mr. Dutrow’s teachings have influenced many students to become better musicians and to pursue music, like Alex Wilson and Isabela Rey who wish to become music conductors and teachers.

Alex Wilson, a senior, will be majoring in Music Education and Jazz performance at Towson next year. “He has inspired me to become a teacher myself,” Wilson said. “He understands students, and that’s how he makes great relationships with students.”

Avery Trinh, a junior, talks about the way he teaches. “He always gives his best, even on his worst days, and he always makes people more interested in band.”

Ian Eylanbekov, a senior in jazz band, remarks on some of his qualities. “He [Mr. Dutrow] is well suited for a high school band,” Eylanbekov said. “He epitomizes a great high school conductor.”

Mr. Dutrow’s students are proud to have a conductor who has been awarded the Outstanding Music Educator award.

“His passion, dedication for music, and knowledge of the music we play is the reason why he and the band is the best,” Wilson said.