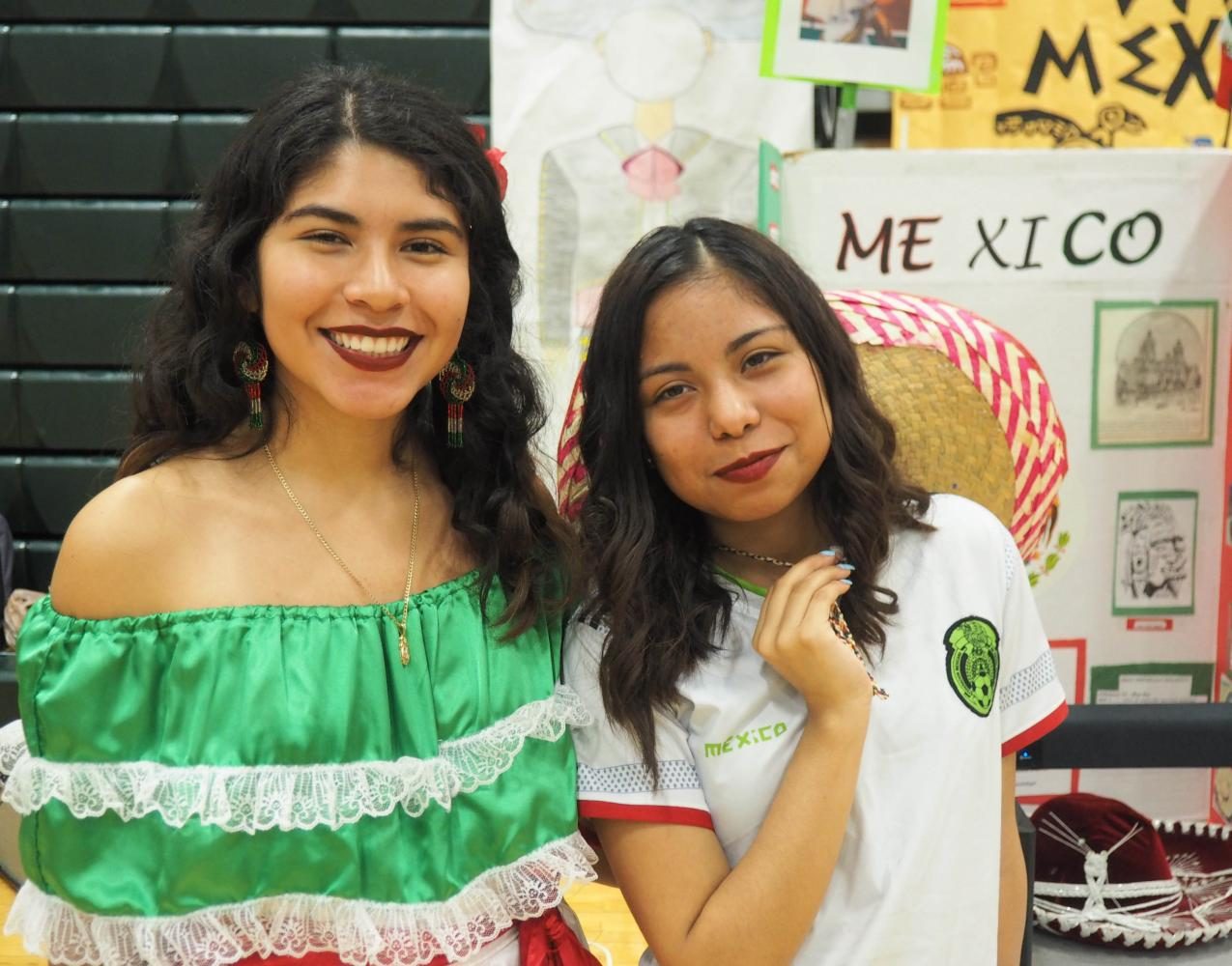 Songs and laughter flow out from the gymnasium as streams of students wander in to experience the sights and sounds from all over the world through Wilde Lake’s Culture Day.

A cheery song bounces around the room as the Island Cats play their steel drums. A girl in a white skirt with her jet black hair tucked in neat bun whirls around, laughing by the Mexico table.

The room is buzzing with energy. For Wilde Lake, Culture Day is especially unique, with students from over 56 countries who attend this school participating.

Junior Damandeep Singh represented India at Culture Day, flinging colored powder at students like they do during the festival of Holi. This is his second year participating.

“This year, we [wanted to include] the ESOL students who are new in the school to help them meet with other students from their countries. [This] made for a more friendly environment,” said Singh.

“We had everything in the main gym this year, which makes it more centralized. We had so many student volunteers, over 100,” said  Ms. Buteau.

This year, each group was able to bring in their own speakers to blast their music, which added to the cacophony coming from every corner of the room. After seeing the united effort, Ms. Buteau said she was pleased. “I’m so proud of the students for coming together. It was mostly International Club members, then more leaders in the school community joined in,” said Ms. Buteau.

Senior Eunice Na was able to participate for two years, and recognized Wilde Lake’s uniqueness. “This is only one out of a few Culture Days in Howard County, and that’s what makes it so special. It’s so many people coming together,” said Na.

Nana Nyarko, sophomore, participated both this year and last year, and wanted to put her own culture on display. “I wanted to let people know about our special culture. It’s nice to explore all of our differences. Although we’re different cultures, as a school, we’re all one culture,” she said.