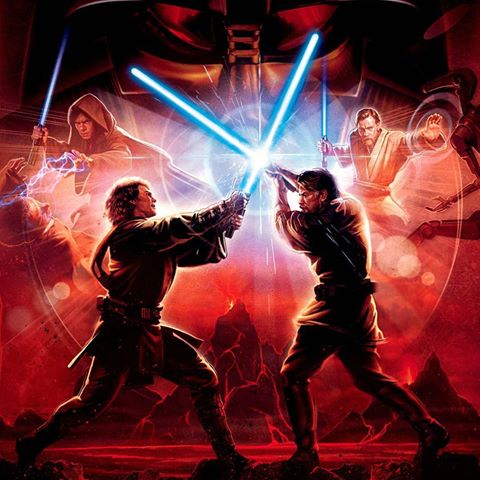 The original release of the first Star Wars movie in the original trilogy in 1977 introduced us to characters like Darth Vader, Obi-Wan Kenobi, Han Solo, Luke Skywalker and Princess Leia, who have became a staple in the sci-fi genre. The Star Wars franchise may be well known for its characters, but it’s how it portrays the battle between Good and Evil along with the fine line that separates Star Wars from the rest.

The choice of whether one would stay on the path of good or hunger for power and succumb to evil has been the fine point of the Star Wars mythology. Ever since Anakin’s turn to the dark side and the reveal of Darth Vader as Luke’s father, the question of whether the son would follow in his father’s footsteps has been in the back of everyone’s mind.

The line between Good and Evil is often very straight and narrow, as seen through The Force. Its usage is what determines whether the user chooses to follow the pure ways of the Jedi or seek power through it, like the Sith. However, this is what caused a major conflict between both divisions, which leaves many to question which is the right side or if there even is a right side.

In the end, Star Wars and The Force have drawn different views and perspectives, with The Force being that fine line determining whether you’ll go “too far” or come “too short.” The struggle between Good and Evil and the deceit of both sides can be seen in Episode III: Revenge of the Sith where Anakin began to question the way of the Jedi and whether many of their choices were the “right” ones.

In addition, in The Force Awakens, Rey and Kylo Ren brought the aspects of the force, the line between good and evil, into a new light. As Rey was just beginning to discover The Force, Kylo, on the other hand is struggling to stay on the Dark Side of the Force as he fears the Light Side growing within him.

Rogue One shows the aspects of good and evil are shown through another’s perspective: The Rebellion and Jyn, the main character of the story. Even though many of the new characters may not possess The Force, there are those who still use The Force as a guide and a symbol of hope, which was one of the main aspects of Rogue One. While the question of good and evil is brought with whether or not Jyn’s father, a man who works with the Empire and the lead designer of the Death Star, would be willing to help the Rebellion.

The Force can be seen as the human mind, especially as seen in Luke Skywalker as he struggles on whether to let his rage consume him as it did his father, Anakin. But even as Anakin was corrupted by the Dark Side, it is through his son that he was brought back to the light. So even if the Emperor had succeeded in corrupting Anakin, he wasn’t able to break him. Hope, while it can be corrupted, cannot be destroyed. As the saying goes: “May the Force be with you.” It’s Star Wars’ way of saying no matter what happens, all will be well in the end.