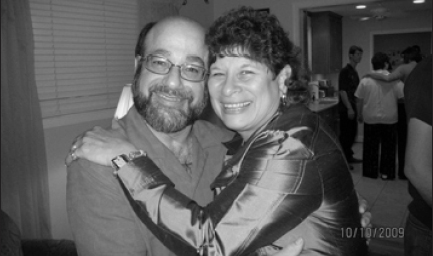 On July 24, 2012, Wilde Lake lost a beloved special educator when Mrs. Robin Schlosburg passed away. Mrs. Schlosburg was diagnosed with Stage 4 Pancreatic Cancer in March 2012 and fought a courageous battle for four more months. She is survived by her husband, one daughter, and two granddaughters.

Referring to Mrs. Schlosburg as “nice” would be an understatement. Ms. Tucker, a Wilde Lake special educator and a close friend of Mrs. Schlosburg for over 20 years, remembers her as “all love and light . . . she always thought the best of people, even if they didn’t deserve it.”

Mrs. Schlosburg was not only a loving friend and wife, but also a devoted and passionate teacher. “[She was] always one to stay late to work with students. And worked constantly with parents, guidance counselors and teachers to help her students be successful,” said Mrs. Tucker.

Mrs. Schlosburg was also the epitome of school spirit. During her time at Wilde Lake, she acted as a class advisor and never failed to be one of the best dressed on Wacky Tacky Day. She continued to come to school events to support her students, even after her diagnosis.

Mrs. Schlosburg’s courage and unfaltering positivity had an everlasting impact on the people around her. According to Mrs. Dixon, “She was always so generous with her sunshine.”

No better words describe Mrs. Schlosburg’s radiant energy and optimism than those of her favorite poet, Maya Angelou: