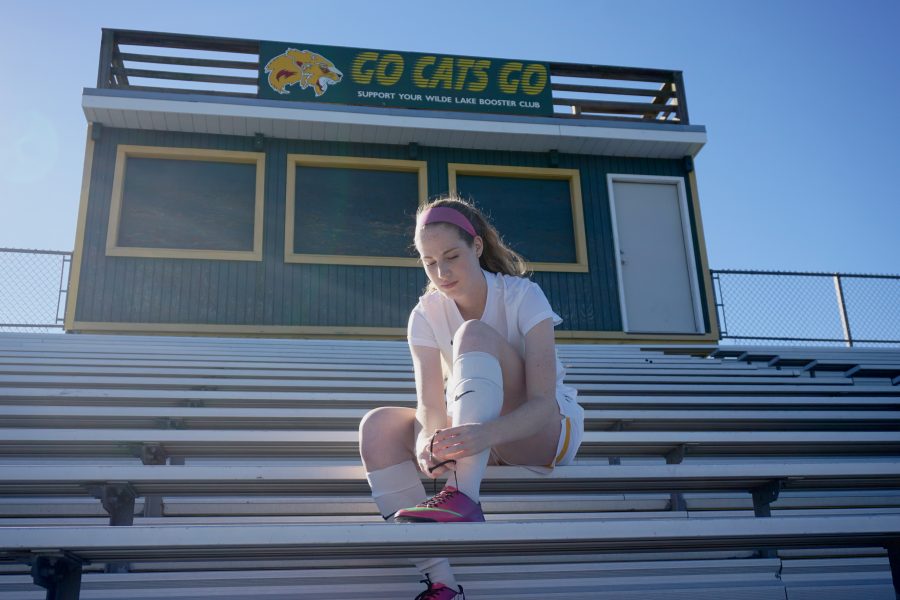 Senior Sydney McNamara, an integral part of the girls varsity soccer team and a standout student, earned a starting position her freshman year and never looked back. Since her first year on the team, the team has looked to McNamara to score under pressure, and she is not one to disappoint.

In addition to her impressive contributions to the soccer team, which include many game-winning goals and assists, McNamara exemplifies the role of the student-athlete. This year, she earned a spot in the top five percent of the graduating class of 2017, a feat she accredits to her ability to balance extracurriculars with academics.

McNamara’s favorite moments of her varsity soccer career consist of scoring to help her team clench numerous victories. “Scoring the winning goal [my] junior year in overtime [to win] the county championship [was my all time favorite moment],” said McNamara, who mentioned that beating River Hill 4-0 last season was a huge victory for the team.

Last year, McNamara played a vital part in helping the team make it to the state championship as the team’s left wing player. She scored multiple game-winning goals to contribute to the team’s winning record.

However, she does not limit herself to one position and is glad to fill in wherever her team needs her most.

“My favorite [position] is definitely midfield because I can connect passes and score, but I don’t mind playing stopper because I know I’m helping the team by being back [near the goal],” said McNamara.

It was this willingness to play anywhere on the field, as well as her determination, that led McNamara to be named captain for her senior season.

“My biggest contribution [to the team] is always bringing my work ethic and setting high standards for myself and the team, [and] making sure we always do our best to improve every day,” said McNamara.

Susan Greene, a senior on the team, said that McNamara makes a great captain because of her work ethic. “She is always aware of what’s going on on the team, and she is great at motivating us to push ourselves in practice,” said Greene.

As captain, McNamara’s main goal is to help her teammates improve their skills and ensure that the team continues to build off of what they have already accomplished. McNamara also stressed the importance of building friendships on the team.

“It’s important that [the team] stays close and are like a family because soccer friendships are good ones,” said McNamara.

As for the future of the team, McNamara says, “I hope Wilde Lake girls soccer will continue to work hard and do their best, despite their record, and I hope that they improve by challenging each other and working hard to make each other better.”