Bathrooms Closed Due To “Low Level Threat” According, To Ms. Foyles 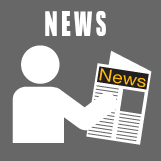 Bathrooms Closed Due To “Low-Level Threat”

The administration closed the boys bathroom on the second floor from December 15 to January 4 after they were alerted to graffiti, which was considered to be a “low level threat,” said Ms. Foyles.

Police and security were called to assess the threat and the administration emailed parents. Instruction continued as normal. The administration did not say what was written on the walls of the boys bathroom.

According to Ms. Foyles, administration has investigated it thoroughly.

The threat came at a time when nerves were on edge, as in California, the Los Angeles school district was shut down due to a bomb threat that same week.

Administration does not believe that students should be afraid but, they should be vigilant and observant.

“If they hear or see such a threat in school or anywhere else they should report it to the administration immediately,” said Ms. Foyles.