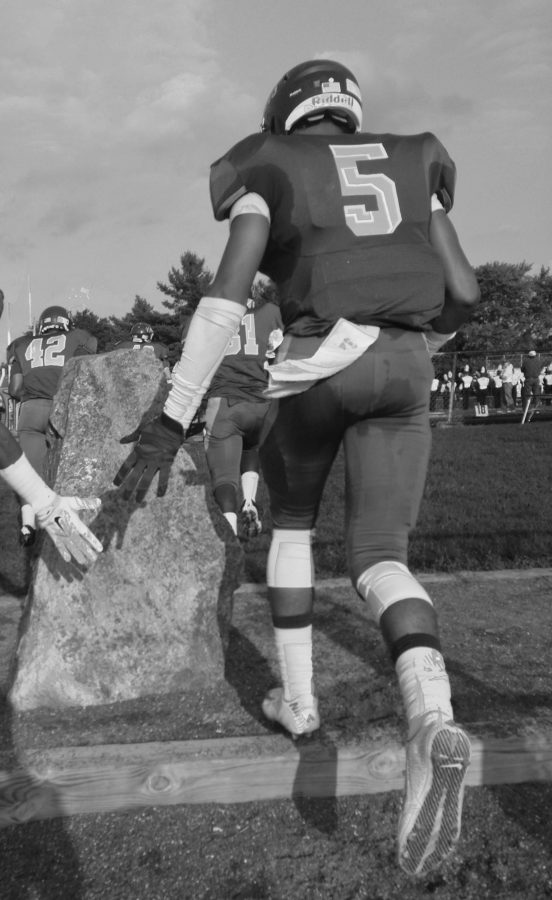 Wilde Lake Varsity Football began their season with a flying start in a 33-13 away victory against River Hill Football, ending the Hawks 10-year winning streak at their home opener.

Scoring 21 points in just the third quarter, the Wildecat’s offense took over the Hawk’s defense with ease.

With five touchdowns, Wilde Lake drove River Hill under its heel, with victory almost certain by the beginning of the fourth quarter.

Many players attributed the win to the incredible teamwork and cohesion displayed at that game.

“We worked together and played together as one,” said kicker Jason Macmillan, “we worked hard at practice, and we executed everything well. We really believed in ourselves”.

The energy and spirit of Wilde Lake could be felt at the game, and not just from the many fans who showed up to watch.

“We were pumped up, everyone was in the game,” said center Jawan Taylor, “even the sidelines.”

With their combined years of experience, they have successfully led Wilde Lake to victory in its season opener.

“Our coaches know what they’re doing, they understand you, and they are very serious about their job,” said Taylor.

“It’s important to buy into the idea of playing as a team,” Macmillan said, “earning wins as a team is more important than worrying about personal stats.”