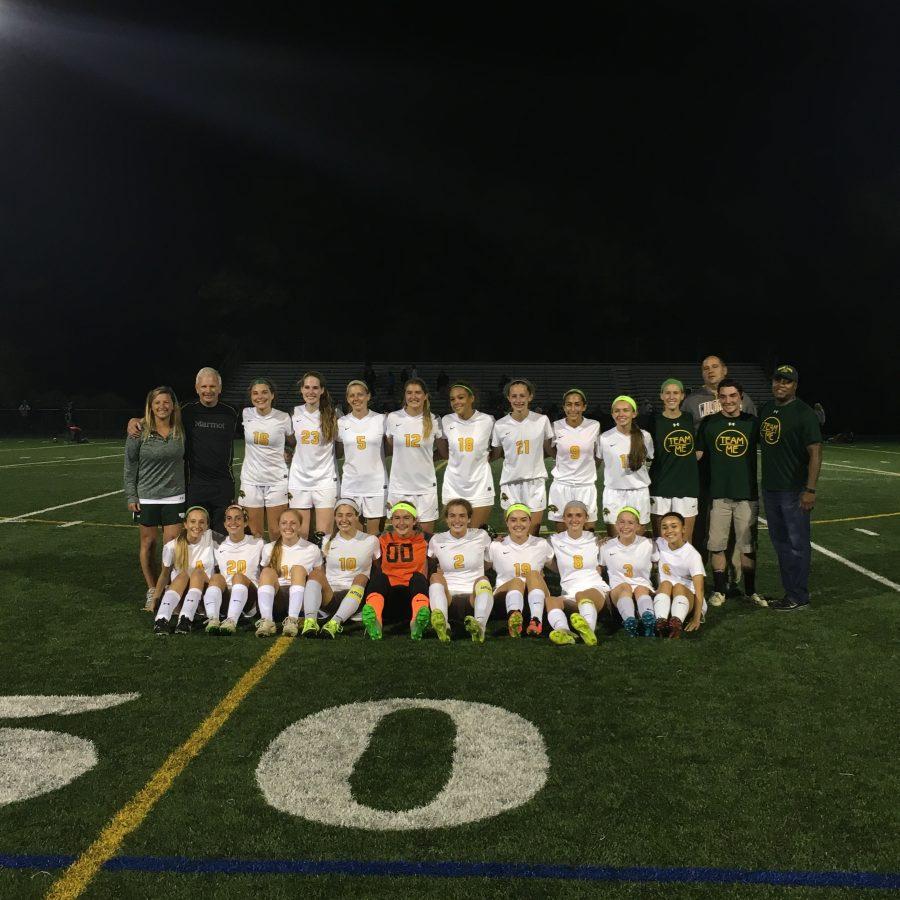 Thanks to two back-to-back wins against top contenders River Hill and Atholton, the Wilde Lake girls team secured the County Championship for the first time in years.

On Thursday, October 22, the team was caught in a showdown against Atholton to take the title as county champions. With a final score of 2-1, they took the win in overtime thanks to a goal by junior Sydney McNamara.

Freshman goalie Jenna Hutchison said after the game that, “This win felt so incredible, because we’ve been working so hard, this is our tenth straight win, we wanted to dominate, and winning counties was one of our team goals.”

Just a week earlier, the team beat River Hill 4-0, bringing sweet redemption.  Senior Brynn Drury described their victory over River Hill on the sixteenth, her face beaming with pride and joy, “After three straight years of River Hill ending our season, finally being able to beat them on their senior night is the best feeling ever.”

With only one loss so far, Rachel Lazris, senior midfielder says that, “The games we played the best in are the ones where we all played with heart, if every single person on the field gives their all then I think we are unstoppable.”

Many members of the team have remarked on how connected the team is this year and that their chemistry is incredible.

The whole team felt like victory was the only option for them this season, and they are hopeful and looking forward to continuing their run to states.

Drury explained that, “The coaches are all in, we’re all in, everybody is on the same page, and we all have one goal in mind, and it’s to win.”