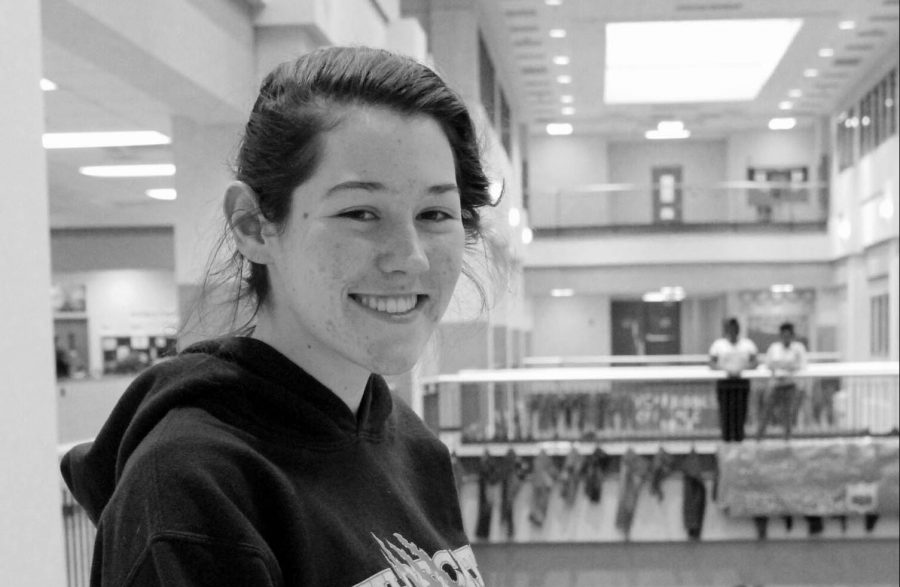 Senior Charis Ramsing spent her last year of school in a French school in Morocco, while junior Yada Ngamposri is visiting Wilde Lake from her home in Thailand (Photographs by Natalie Varela).

Through Howard County’s exchange programs, many students have had the opportunity to experience other cultures. Yada Ngamposri and Charis Ramsing, two Wilde Lake students, have had

the chance to take advantage of these programs.

“At first it was just culture shock,” said Ngamposri when explaining her first experiences in the U.S, “It was just so different.”

She discovered many cultural differences upon first arriving at Wilde Lake, such as her experience at the homecoming dance.

“Everybody was so upfront and social, compared to my culture,” said Ngamposri, as she explains that her culture is more conservative and would not have such an event.

“The biggest part that I still haven’t gotten used to is the diversity of people and their ability to all get along,” said Ngamposri.

Senior Charis Ramsing has experienced the other side of that story. Last year, she lived in Morocco for ten months with a program that intends to improve relationships between the U.S. and Islamic countries.

“I’m really interested in cultural diversity and I wanted to know more about the world that we live in,” said Ramsing, “I really believe in breaking stereotypes, and that’s why I went.”

For Ramsing, every aspect of her day was drastically different then how it is in the U.S.

“I went to a private French school, so it was very different from Wilde Lake. There were only 100 kids, no extracurricular activities, all in French, and because it was a private school, everybody was really rich,” said Ramsing.

Ramsing believes that her exposure to different types of cultures and people at Wilde Lake has impacted the way she views the world.

Ngamposri also believes that the diversity at Wilde Lake allows for a different and more open-minded perspective on the world.

Ramsing and Ngamposri, although both foreign exchange students, were a part of different organizations that gave them the opportunity to live abroad. Ramsing’s trip was sponsored by the U.S. government, while Ngamposri was sponsored by Education First, a program that specializes in language training, educational travel, academic degree programs, and cultural exchange.

There are many different kinds of programs available which offer students the opportunity to live abroad, such as the new Sister Cities Exchange Program, which is sponsored by the Columbia Association. The program allows students to go to a European country for two weeks and then come back to host one student from the family they stayed with.

“I appreciate that I have the experience of staying here [at Wilde Lake] for an entire school year. I don’t think anybody could get the full experience from a two week program,” said Ngamposri when she learned about the Sister Cities Exchange program.

“I don’t think either [program] would be better or worse than the other, because either way you are going to get a cultural experience that you will remember for the rest of your life,” said Ramsing when told about the program.